written by Kelvin Mwangi 1 week ago 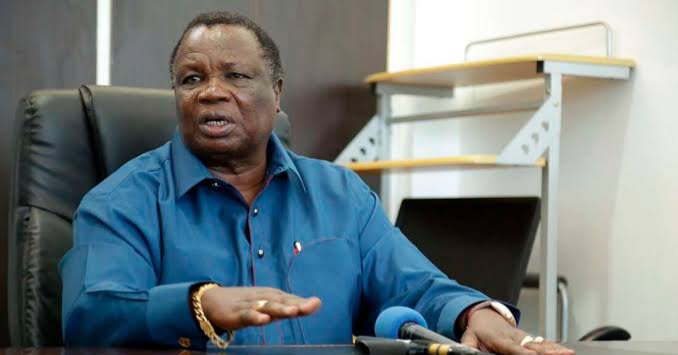 With the newly elected ITUC General Secretary Luca Visentini from Italy of whom we will serve together as his Vice President of our global trade union! God Bless’

Francis Atwoli, who serves as a voice for Kenyan workers, has persisted in promoting social justice by arguing in favor of fair labor practices, transparent administration, and improved worker legislation. Due to this, COTU (K) membership increased from 300,000 to over 4,000,000 today. The inclusion of labor rights in the 2010 constitution was one of Atwoli’s significant accomplishments.

Atwoli has held positions in government including some of the following:Secretary General of the Kenyan Central Organization of Trade Unions since 2001. Kenya Plantation & Agricultural Workers Union General Secretary since 1994.

In recognition of Atwoli’s contributions to the field of labor relations, Masinde Muliro University of Science and Technology awarded him the degree of Doctor of Humane Letters (Labour Relations) Honoris Causa.

An experienced holistic media creative with competent journalistic skills in news writing , reporting, and anchoring. Trained to work professionally ensuring that ethics are maintained in the journalism world.

Hustler Fund To Be Launched Today

Uhuru to meet His successor Ruto As Regional...

Ruto Claims To Have Received A Revelation from...

Kenya Could Be Exposed To Ebola Risk As...

Dj Mo Pens A Cute Message To Her...